It all began in Denmark

I was born in the eastern part of Denmark in 1964 and my parents gave me my first pet – a budgie, later it became two and then guinea pigs. Later on it was dogs and cats, but everywhere I went to friends and family the animals were my main interest. I’ve always connected with animals in a special way – they became my friends. I got my largest dream fulfilled, when my parents let me have my first pony at the age of 12 and I shared this experience for many years with my sister. We took the pony all around the country, where my parents supported our ambitions for competition (me – in dressage and my sister – in show jumping). This continued long into my teens and beyond with other horses along the way competing in national level dressage.

My schooling began in a small private local school, where my parents, and especially my dad, were closely involved in the running and administration of the school. It soon became clear, that the only way for me was to become a vet, so my dad got me an internship in secondary school for 2 weeks and later a work place for a year with the local vet – a character in more than one way, who was determined to convince me, that veterinary science was not for girls! But I survived all the challenges and enrolled at the Royal veterinary – and Agricultural University in Copenhagen in 1986 and just over 6 years later I qualified in 1992.

Long before I qualified, I began to question the philosophy of conventional medicine and asked myself, if this was the whole truth about healing animals. Of course I soon discovered the immense possibilities and developed an interest in complementary medicine as I attended homeopathy and acupuncture courses with international speakers during my University years.

I started my own practice in Denmark for small animals and horses in 1996 and continued studying homeopathy in Denmark and Germany. 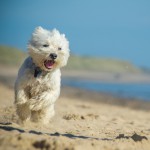 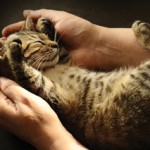 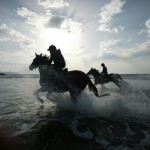 My UK journey to homeopathy

In 2001 I sold my practice in Denmark to take up professional challenges in England working mainly in practices incorporating complementary medicine. The first practice I worked in was owned by an amazing personality in the body of Geoff Johnson, who now is one of the most accomplished and successful homeopaths in the UK. The years with Geoff served as a major stepping-stone in my development as a homeopath. I enrolled in a 3-year course in Oxford by the Homeopathic Professionals Teaching Group (HPTG to their friends), did only the last year due to my previous education in Europe. Here I qualified as a Veterinary Homeopath – VetMFHom – in 2004 and became a member of the Faculty of Homeopathy. At the same time I acquired the international certificate for veterinary homeopaths – CertIAVH – from the International Association for Veterinary Homeopathy (IAVH). During my last 4 years in the UK I was employed in another two practices in Yorkshire using complementary medicine as an integrated part of my daily work.

And then it was France

In 2008 I moved to France with my husband to set up my own practice solely using complementary medicine (homeopathy, acupuncture, laser treatment and giving dietary advice respecting the animal’s natural needs according to species, age and health status). My practice is now established in Lorgues in the beautiful Var department of the Provence region.

Overall, I consider myself blessed and happy to go to work every day. I’m doing a job I love, treating pets and horses with gentle, safe and effective therapies. I meet amazing, caring and inspiring people every day, people profoundly concerned for the welfare of the animal members of their families. Together we are able to help problems that may otherwise never be cured.

La Force Vitale is a specialist veterinary consultancy based in Lorgues in the Var department in Provence, France. I offer homeopathy, acupuncture, nutritional advice and Low Level Laser Therapy for horses, dogs and cats.  Read more...

I qualified as a veterinary surgeon from the Royal Danish Veterinary – and Agricultural University in Copenhagen in 1992 but had an interest in complementary medicine long before then, as I attended homeopathy and acupuncture courses with international speakers during my University Read more...